Adjudication Order
An order granted by a court on application or if the debtor presents during the hearing of bankruptcy petition but has no proposal to settle his debts, declaring a debtor as a bankrupt.

Affidavit
A voluntary written declaration of the facts under oath before a person duly authorized to administer oath such as a commissioner for oath and public notary.

AnnulmentOrder
A court order which cancels or set asides an adjudication order and a receiving order.

Appeal
A process where a bankrupt or a creditor or any other person who aggrieved by any act or decision of the Director General of Insolvency, may apply to the court to reverse or modify the act or decision complained of.

Appropriation Order
A court order which provides an appropriation certain sum of money of pay or salary of a bankrupt for payment to creditor.

Bailiff
A court officer who duly given a power by a court order to act on behalf of any creditor or any person to enforce an order or judgment of the court through any method of execution such as writ seizure and sale in which property of a debtor would be seized and sold.

Bankrupt
A person declared by a court order via adjudication order as unable to pay his debts to his creditor.

Bankruptcy
A situation and legal status of a person that cannot repay the debts it owes to creditors.

Charge Sheet
A formal document of accusation prepared and presented by a law-enforcement agency in the court for commission of any offence.

Committal
It is a legal process to enforce a judgment or order of court against defaulter party. In such the court would consign such person to a confinement or prison. In bankruptcy proceeding, also considers as an act of committing a crime.

Commissioner for Oath
A person who is duly appointed underwritten law and empowered to administer oath or affirm affidavit for court proceeding.

Contempt Of Court
It is behavior that opposes or defies the authority, justice, and dignity of the court and its officers.

Contributory Meeting
For the purpose of company winding up proceeding, a meeting attended by contributories or shareholders and liquidator.

Creditor
Person who lent his money or given loan to a debtor.

Damages Bond
Refers to written document which to be signed by the applicant before commissioner for oath for the repayment of deposit without original receipt.

Director General of Insolvency
A legal officer from Judicial and Legal Service appointed under subsection 70(1) of the Bankruptcy Act 1967 to supervise and administer bankruptcy proceeding and acted as Official Receiver and liquidator for company winding up proceeding pursuant to Part Ten Companies Act 1965.

Discharge
Situation which releases a bankrupt from restrictions placed upon him by the bankruptcy order and from his debts except any debt relating to fraud, fines and government debts).

Dividend
A payout by the assignee in bankruptcy and company winding up proceedings after all assets of the bankrupt or wound up company had been sold for settling all creditors' claims.

Enquiry Paper
An early inquiry paper contains only background and facts of a case.

Estate
Asset and property of bankrupt which is received and vested on the Director General of Insolvency or of a wound up company which is taken control and custody by the Official Receiver and liquidator or approved liquidator for the purpose of realisation and payment to creditors.

Exhibit
A physical or document evidence produced in court during trial by witness or affidavit to support oral or written evidence.

Ex-Parte
From one party only

Fraud
An intentional deception made for personal gain or to damage another individual.

Guarantor
A person who is responsible for debts owed by a principal debtor or for default made by another party.

Instalments
Every bankrupt who receives income or salary is required to fill up a list of income and expenditure. The Director General of Insolvency would assess whether the bankrupt could pay the balance of his income or salary monthly contribution to be paid to his creditors during the period of his bankruptcy.

Investigation Paper
Investigation paper is a series of thorough investigations of a topic or fact to uncover hidden facts and information about it. This includes any document or exhibit which can be used to prove fact or offence.

JUJA
Refers to a committee known as ‘Jawatankuasa Unit Jualan Aset’, operates in Jabatan Insolvensi Malaysia, Putrajaya. This committee is established to render advice to the Director General of Insolvency in realising assets of bankrupt and wound up company.

Jurisdiction
Refer to powers of court as provided by written laws to make receiving order, adjudication order, winding up order and direction in relation to any matter in bankruptcy and company winding up proceedings.

Proof of Debt
A claim in writing by creditor to state details of alleged debt, used as a basis for payment of dividend, if accepted by the trustee.

Public Examination
It is more commonly known as PE. It is one of a form of investigation. PE is the oral examination of an individual bankrupt or a director of a company on oath in open court. It may be held at any time before a bankrupt’s discharge or the dissolution of a company in a winding up.

Realisation
Act to realize assets into money in bankruptcy or dissolution of a wound up company.

Receiving Order
an order made by a bankruptcy court, pursuance to hearing of bankruptcy petition, on the debtor who is not present or, if the debtor presents, has a proposal to settle his debt, appointing the Director General of Insolvency as a receiver for a bankrupt's estate.

Restrictions
Every undischarged bankrupt is restricted to leave Malaysia, enter into or carrying any business either alone or in partnership, become director of any company, directly or indirectly take part in the management of any company and engage in the management or control of any business of or in the employment of his spouse, sibling of his spouse and lineal ancestor or descendant of his spouse except with written permission of the Director General of Insolvency or court.

Sanction
Every undischarged bankrupt has to apply written sanction from the Director General of Insolvency before commencing or continuing civil action except injury to his person.

Statement of Affairs
Statement of his financial / net value assets and liabilities of bankrupt which amongst other showing an assessment value of his asset, name and address of a bankrupt and amount of debt owed.

Surety Bond
A surety or promise by one party to assume responsibility for ensuring the bankrupt to comply any conditions imposed by the Director General of Insolvency or court.

Warrant of Arrest
A warrant issued by a court, which authorizes the arrest and detention of an individual. 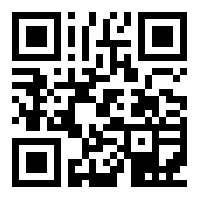